Interview: Bob Proctor,The Secret and more- A Life Coach for Inventors & Entrepreneurs on Got Invention Radio 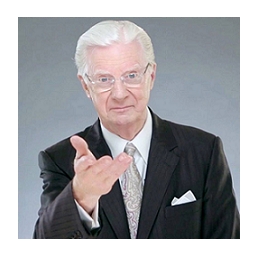 **We inventors go through so much of an emotional rollercoaster during the invention process… its time for a mental timeout! Featured in the blockbuster hit, The Secret, Bob Proctor is widely regarded as one of the living masters and teachers of The Law of Attraction and has worked in the area of mind potential for over 40 years. He is the best-selling author of You Were Born Rich, and has transformed the lives of millions through his books, seminars, courses and personal coaching. Proctor is a direct link to the modern science of success, stretching back to Andrew Carnegie, the great financier and philanthropist. Carnegie’s secrets inspired and enthused Napoleon Hill, whose book, Think and Grow Rich, in turn inspired a whole genre of success philosophy books. Napoleon Hill, in turn, passed the baton on to Earl Nightingale who has since placed it in Bob Proctor’s capable hands. Proctor’s wide-ranging work with business and industries around the world extends far beyond the pep rally syndrome. Instead, it encompasses working with business entities and individuals to develop strategies that will assist individuals at all levels to grow, improve and adapt to the ever-changing nature in today’s world. His company, LifeSuccess Productions is headquartered in Phoenix, AZ and operates globally. www.bobproctor.com