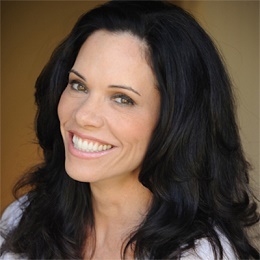 Marty Stevens-Heebner is the founder and president of Rebagz® Handbags, an award-winning eco-fashion line that was named 2009 California Small Business of the Year. Marty’s been called a “fashion outlaw” by one magazine editor because of the chances she takes in her designs, her life and her way of doing business. CocoEco Magazine also named her one of their 2010 “Top 20 Inspiring Women,” along with such luminaries as Sheryl Crow, Kate Dillon, Anna Getty and Josie Maran.
Voted favorite eco-bag by InStyle magazine’s readers, featured on the “Today Show” and in numerous magazines – including the cover of WWD/Women’s Wear Daily – Rebagz are made from vibrant and colorful recycled materials. Marty’s eco-design and insistence on fair working conditions have their roots in her human rights work in Chiapas, Mexico amid the aftermath of the Zapatista rebellion. She was amazed by the inventiveness of the artisans in Chiapas, who lacked resources but more than made up for that with their originality and flare. Everything not only had a purpose, but each thing had a second and often even a third purpose beyond that.
Following her humanitarian work – but prior to becoming a handbag designer – Marty had her own small but successful business creating original handcrafted jewelry. As a jewelry designer, she was seen on HGTV and the DIY Network. She’s also the author of “Altered Shoes: A Step-by-Step Guide to Making Your Footwear Fabulous,” which shows women how to recycle their shoes and become their own shoe designer in the process. She earlier co-authored “Beading Vintage Style Jewelry.”