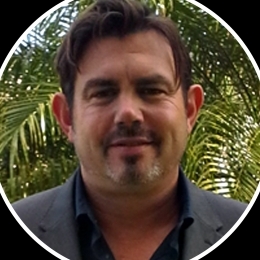 Born in 1971 in the Bahamas to British parents, Nick eventually settled in England in 1974 and graduated from Birmingham University with a degree in Spanish in 1993. In 1994 he joined the Royal Marines Commandos as a junior officer and won his green beret in 1995. During his 9 year military service he often served with US Marine Force Recon and Navy Seal teams and had extensive operational experience in Bosnia, Georgia, Sierra Leone and Nicaragua. Whilst in Bosnia he worked closely with and reported to General Petraeus. Nick was awarded with a QCVS in the 1999 Queens New Years’ Honours List for actions whilst in operations.

After retiring in the rank of Major in 2003, he joined a group of entrepreneurs seeking to invest in the exciting growth market of China. In 2004 he settled permanently in China and saw the opportunity to create a product development company in China utilizing the advantages of low cost local skills and location (ie close to the factories) whilst maintaining western standards of communication and quality. Nick began running China 2 West out of a spare bedroom with one part time translator. As of 2011, China 2 West has ownership in 5 other companies ranging from a kiteboard brand to healthcare and even a bar. The China 2 West Group employs around 50 people worldwide with sales offices in the UK and the US.

2 key teams within China 2 West are responsible for taking an invention concept and turning it into a reality. The first is the product development team, headed by a British industrial designer, and staffed by talented chinese and western designers who are responsible for turning concepts into a manufacturable product with 3d drawings, bill of materials and techspecs. The second is the engineering team that is responsible for finding the right factories and managing each project from tooling through mass production to final delivery.