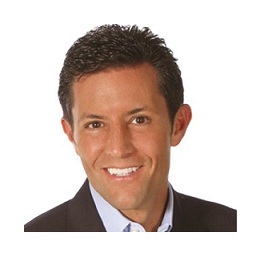 Louis Foreman is founder and Chief Executive of Edison Nation (www.EdisonNation.com), an online community that creates opportunities for people who have great ideas. He is also CEO of Enventys (www.enventys.com), an integrated product design and engineering firm. Louis has created 9 successful start-ups and has been directly responsible for the creation of over 20 others. A prolific inventor, he is the inventor of 10 registered US Patents, and his firm is responsible for the development and filing of well over 500 more.

Louis is also committed to inspiring others to be innovative. Louis is the creator of the Emmy® Award winning PBS TV show, Everyday Edisons, and serves as the Executive Producer and lead judge. The show is in its fourth season and appears nationally on PBS. In 2007, Louis became the publisher of Inventors Digest, a 25 year old publication devoted to the topic of American Innovation. In 2009, his first book, The Independent Inventor’s Handbook, was published by Workman Publishing.

In 2008, Louis was appointed to the nine-person Patent Public Advisory Committee of the United States Patent and Trademark Office. In 2011, he was appointed by Secretary Gary Locke to serve an additional three year term. In 2011 Louis was called upon, multiple times, to brief the House and Senate Judiciary Committees on legislation related to the US Patent System and its impact on independent inventors. On September 16, 2011, Louis joined the President on-stage for the signing of the America Invents Act into law. This bi-partisan effort represented the most comprehensive overhaul to the US Patent System in over 60 years.