Interview: Anthony Knight- US Patent & Trademark Office TO, Director, Office of Petitions on Got Invention Radio 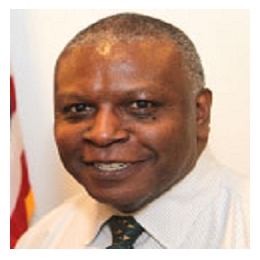 US Patent and Trademark Office will provide basic Patent & Trademark information for independent inventors and also include updates from the recently passed the America Invents Act.
Tony is a graduate of Drexel University, where he earned a Bachelors of Science Degree in Mechanical Engineering in 1985. Upon graduation he joined the United States Patent and Trademark Office as an examiner in the technology of pipefittings. While working at the USPTO, Tony attended George Mason University School of Law and earned his Juris Doctorate in 1990. From 1990 until 1992, he was in private practice. Tony has prosecuted applications for various technologies through out the USPTO. In 1992, Tony returned to the USPTO. After achieving the grade of primary examiner, he was promoted to Supervisory Patent Examiner in 1998 and has supervised examiners in such diverse fields as hinges and hardware to computer controls. In 2007 he was named to the position of Supervisor in the Office of Petitions and promoted to Director for the Office of Petitions.