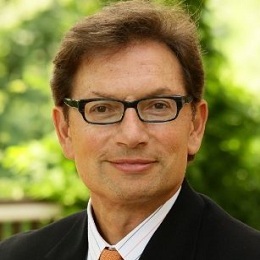 John P. Margaritis is a business creation and expansion specialist renowned for unlocking the entrepreneurial spirit in people and organizations around the world. Over his 30-year career, he has led more than 40 startups, first as a Fortune 100 executive and now as a serial entrepreneur and early-stage investor. At Pepsi, he helped start Ice Mountain, the company’s first bottled water division; at Marketing Corporation of America, he was part of the team that conceived and later expanded Lunchables® for Oscar Mayer; at Sara Lee, he helped launch multiple startups, including Wonderbra; and at Tommy Hilfiger, he led the company’s operations from startup to established company. After creating new businesses as a C-level executive, Margaritis went out on his own in 2002, using $20,000 to start Cellective Case, a mobility accessories company serving Motorola, LG, TUMI, and other brands. Five years later, he sold the company for eight figures and used the proceeds to fund a dozen new businesses. Today, he is the President of The Ledgemoor Group, a startup advisory firm that increases the success rate of new ventures by consulting on entrepreneurial best practices. Margaritis is the author of Unlock Your Inner Entrepreneur: Five Steps to Conceiving, Incubating, and Manifesting the Business That’s Right for You (The Editing Company, 2012).

Margaritis earned his MBA from the Kellogg School of Management at Northwestern University, where he also he studied Economics and Industrial Engineering. He grew up in Athens, Greece.

When he’s not writing, speaking, or consulting, Margaritis can be found racing cars, traveling, biking, sailing, hiking, practicing yoga, and tasting wine. He lives in Westport, Connecticut with Pam, his wife of 30 years.