Interview: Leslie Scott, Inventor of the Jenga on Got Invention Radio 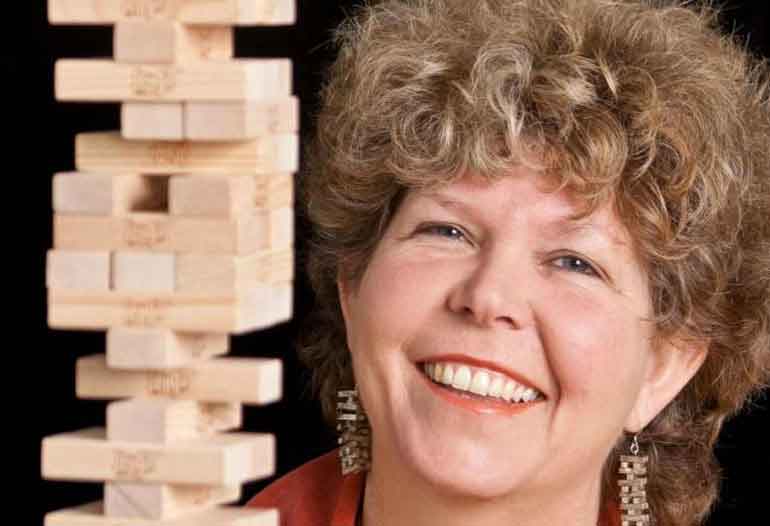 Leslie Scott is the inventor of Jenga, the co-founder of Oxford Games Ltd, and the author of ‘About Jenga: The Remarkable Business of Creating a Game that Became a Household Name.’
Born and raised in Africa, and educated in Sierra Leone, Kenya and England, Scott worked for Intel ( the inventors of the microcomputer), before embarking on a career as a professional games designer. In addition to Jenga, Scott has devised, designed and published almost forty other games. Though perhaps not as commercially successful as her first game, Jenga (which has sold in excess of 50 million units), several of Scott’s games are today considered classics; Ex Libris, Anagram, Flummoxed and Bookworm, to name a few.