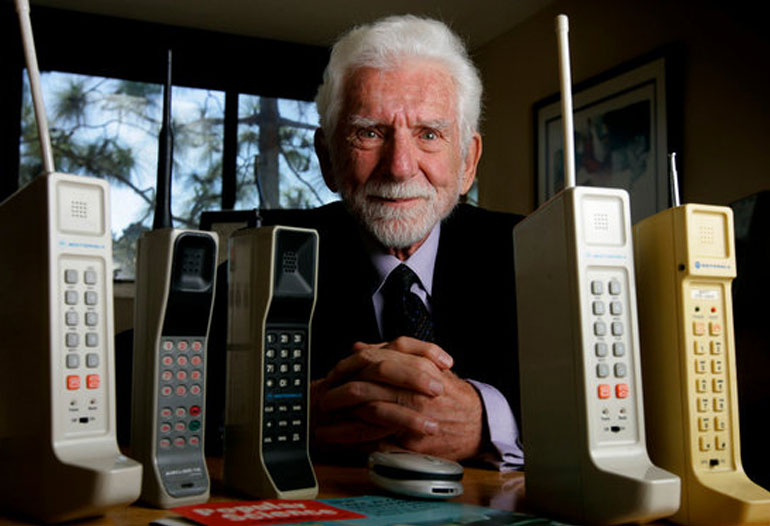 Cooper is an internationally renowned expert on technology and
innovation and its impact on business and society.
He is widely regarded as one of the leading inventors of our time and
has spent most of the past 5 decades creating some of the world’s most important business and technological concepts and offerings.
He is an activist who seeks to shape public policy in the US and globally having testified before
various committees, and been featured in national publications and news shows. He is passionate about the revolution in health care
and commerce that wireless technology will engender when networks are finally opened and new technology adopted. Cooper is also an accomplished entrepreneur and futurist. Martin Cooper is Chairman and Co-Founder of DYNA, LLC and Executive Chairman and Co-Founder of ArrayComm, LLC, based in San Jose, CA. Cooper is also Co-Founder and director of GreatCall, Inc. the innovator of the Jitterbug cell phone and service. Cooper has been involved in and contributed to virtually every major innovation in personal wireless communications in his over 50-year career. He conceived the first portable cellular phone in 1973 and is widely recognized as an innovator in spectrum management. For 29 years, he led a number of major businesses at Motorola, including high-capacity paging, trunked mobile radio, cellular radio telephone, quartz crystals and oscillators, liquid crystal displays, piezo-electric components, Motorola A.M. Stereo technology, and various mobile and portable two-way radio product lines. Following Motorola, Cooper co-founded Cellular Business Systems, Inc., a cellular billing system company. Cooper has numerous patents in the communications field. He is widely published and continues to write and lecture around the world about wireless communications, technological innovation, the Internet, and R&D management.