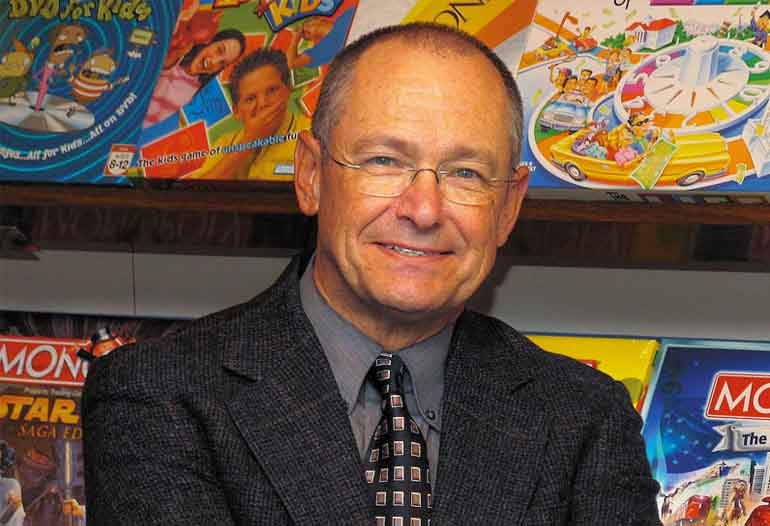 A thirty-six year industry veteran, Mr. Hirtle started his career at Mattel as an engineer in the Preliminary Design Department specializing, not surprisingly, in flying toys. He worked on the Vertibird Helicopter, Flying Aces Planes and the Astro-Blast rocket line among many others.

Next he headed up the Technical Product Design Department of Fisher-Price Toys overseeing the development of some early electronic toys including the world’s first electronic talking doll.

In 1982, Mr. Hirtle moved to head up the R&D Department of Tyco Toys. In his eleven years at Tyco, he saw that company grow from a $46 Million electric train and slot car company to the world’s third largest toy and game company with sales of over $750 Million.

In 1993, he became the North American representative for Seven Towns International, a London based toy and game inventor group, best known as licensors of Rubik’s Cube. He worked as an inventor and inventor agent for five years from his office in the International Toy Center in New York City.

In 1998 he joined Hasbro’s Games Division as Vice President of R&D with responsibility for that division’s Product Acquisition and Inventor Relations. In 2006 his responsibilities were expanded to include these functions for all of Hasbro worldwide.

He believes that he has the best job in the industry being the person who travels around the world in search of new toys and games.