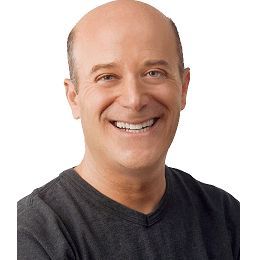 Steve Greenberg has always been drawn to ingenuity and invention. It was that fascination that caused Steve to write a book about garage inventors for Sterling Publishing. The book showcases more than 100 off-beat gadgets and the inventors behind them. The book, GADGET NATION: A JOURNEY THROUGH THE ECCENTRIC WORLD OF INVENTION (www.gadgetnation.net) is in its second printing and has recently been launched as a paperback. Steve is currently on the Board of Directors for the United Inventors Association ().http://www.uiausa.org/
Steve routinely appears on NBC’s Today Show and each month he can be seen demonstrating innovative products in America’s top TV markets including CW11 NYC, WGN Chicago, KGO San Francisco , WCAU NBC Phila, WUSA CBS Wash DC, and KHOU CBS Houston. Steve can also be seen on national shows such as CBS Early Show, ABC’s World News This Morning and World News Now, and the nationally syndicated show DayTime.
For three years Steve could be seen nationally every weeknight demonstrating innovative products on the Discovery Channel’s Your New House. For six years Steve was on HGTV’s very popular Dream Builders. Steve has also been a judge for Hammacher-Schlemmer’s Search For Invention Contest and Popular Science National School Inventors Challenge. Steve writes for several magazines, newspapers and websites. His “Innovation Insider” features appear in the Miami Herald, Air Currents magazine, ROOMS magazine, WhatsWowNow.com and others. Before he made his beat innovation, Steve was a full-time television news reporter. While working at the CBS owned station in Miami, Steve traveled to Cuba five-times, has covered Hurricane Andrew, followed Hurricane Emily to the Carolinas, and has reported stories in Mexico, Honduras, Bahamas and around the U.S. Steve’s reports have been seen on CBS: This Morning and routinely on CBS’s national news feed service. Steve has been honored with 12 Emmy Awards.