After graduating from St. John’s University in 1966 with a master’s degree in mathematics, Tony Pagoto joined the team working on the Apollo 11 moon landing at Grumman Aircraft on Long Island. Pagoto recalls his work on the lunar module software as a highlight of his career. After a stint in finance, Pagoto set his sights on becoming an inventor. He invented WireMate, a better way to organize wires. He saw a problem, doodled some pictures, came up with a design and manufactured his product.

A few years later, Pagoto ran into trouble installing grommets, the plastic sheaths that cover holes to run wires. He came up with a solution after a hundred prototypes and four years of late-night tinkering in his garage. TwistLock Grommet, the only grommet on the market that self-locks without tools, is sold on Amazon.com and Walmart.com. He is excited to show his products at the Long Island Inventors and Entrepreneurs Club for a decade.

Spotlight on Learning
Licensing, a Good Solution for Inventors

Say you have a “Eureka moment” when you get a great idea for an invention, but your knowledge of manufacturing is limited, you don’t have much time and your funds are low. What do you do?

It turns out that licensing is a good way to bring your ideas to market. You will have limited risk by using another company’s resources to get your invention off the ground. Licensing is a way to “rent” your intellectual property. You partner with a company with the manufacturing and distribution capabilities to bring your idea to the marketplace. When you bring your patent, trademark, trade secret, algorithm or process to a company, you will collect a royalty payment when sales are made.

To license your idea, think of the types of stores or retail channels that are appropriate outlets for your product. Then make some calls to find out if the company reviews outside invention ideas and ask about how to proceed. 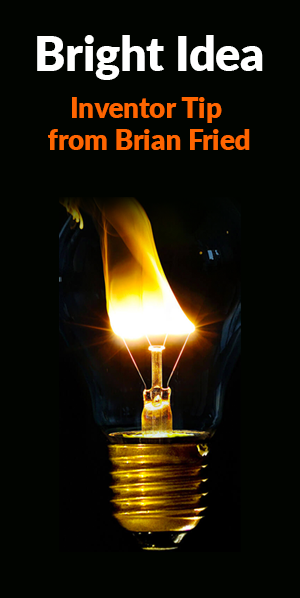 Did you JUST come up with a great invention idea?

If you’re at the beginning stages of your idea, it is important to put in the time to do your research. First, enter descriptive words and search online images on a few different search engines to see if your idea already exists.

If it does, you may be limited with your options to commercialize your idea. If it doesn’t, it is best to get a professional patentability opinion to see if you can call it your own invention before moving forward.

Make smart business decisions and keep your emotions aside while you are working on your invention ideas.

What is a provisional patent application?

The provisional patent application will show what you have invented and record a filing date. The filing date is important because it establishes who created the invention first and who has rights to that invention. The person who submits their invention to the USPTO first has an opportunity to get a patent for that invention. When you submit your provisional patent application you can use the term “patent pending” when you market your idea.

We heard from Will Salas from the US Patent & Trademark Office, PTRC (Patent and Trademark Resource Center) division. He discussed tips on using the resources available to conduct your own patent search for your invention ideas at http://www.uspto.gov

We also heard from Erica Gregory from the Small Business Development Center, a division of the SBA, to learn about free resources for inventors and entrepreneurs. Resources include business plan development and connecting to local resources and grants that may be available to you.  https://americassbdc.org

Our guest speaker was Adeeti Goswami from Indiegogo. She went through a presentation for inventors and startup entrepreneurs. The questions she helped answer were: What is crowdfunding and how does it work? Is it for you and your invention or startup? What do you need to do to prepare before your campaign launch? During and post campaign, should you get funded? 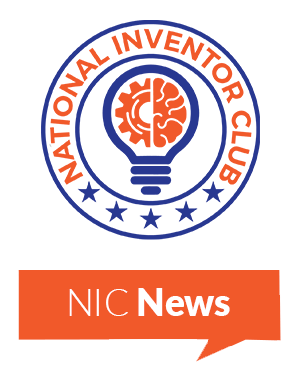 Here is link to past meeting on YouTube
Become a Member 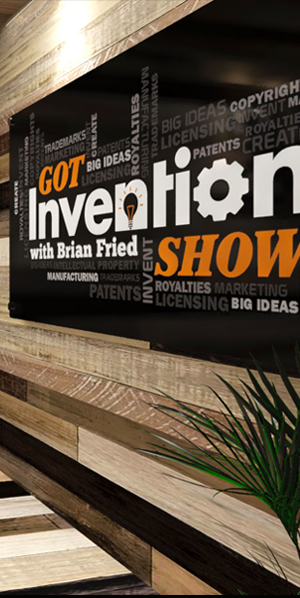 The Got Invention Show

The Got Invention Show features 30-minute interviews where an inventor promotes an invention, seeks a licensing deal or looks for distribution opportunities. Host Brian Fried focuses on his guest’s challenges and solutions. He asks about their journey, where they are right now and what will come next. He invites guests to offer words of wisdom to viewers and listeners.

Brian recently interviewed Pillow Pets inventor Jennifer Telfer who came up with her idea when her son wanted to sleep on his stuffed animal. She has sold over 100 million units for an amazing $1 billion in sales to date. You can listen to the interview with Jennifer and others at  gotinventiontube.com.

The Got Invention Show was picked up by DB&A Network which airs Brian’s interviews on AppleTV, RokuTV and Amazon Fire. The audio podcast is distributed on iHeartRadio, Spotify, Apple, Google Podcasts and others for a total of over 100 million potential viewers and listeners!

To become a guest on the Got Invention Show, visit gotinventionshow.com.  National Inventor Club Premium Members receive a discount.

Having gone through the whole process of having an idea and bringing it to market, having a strong support network such as the National Inventor Club covers every step of the way. Thanks for bringing so much clarity to the inventor’s journey! 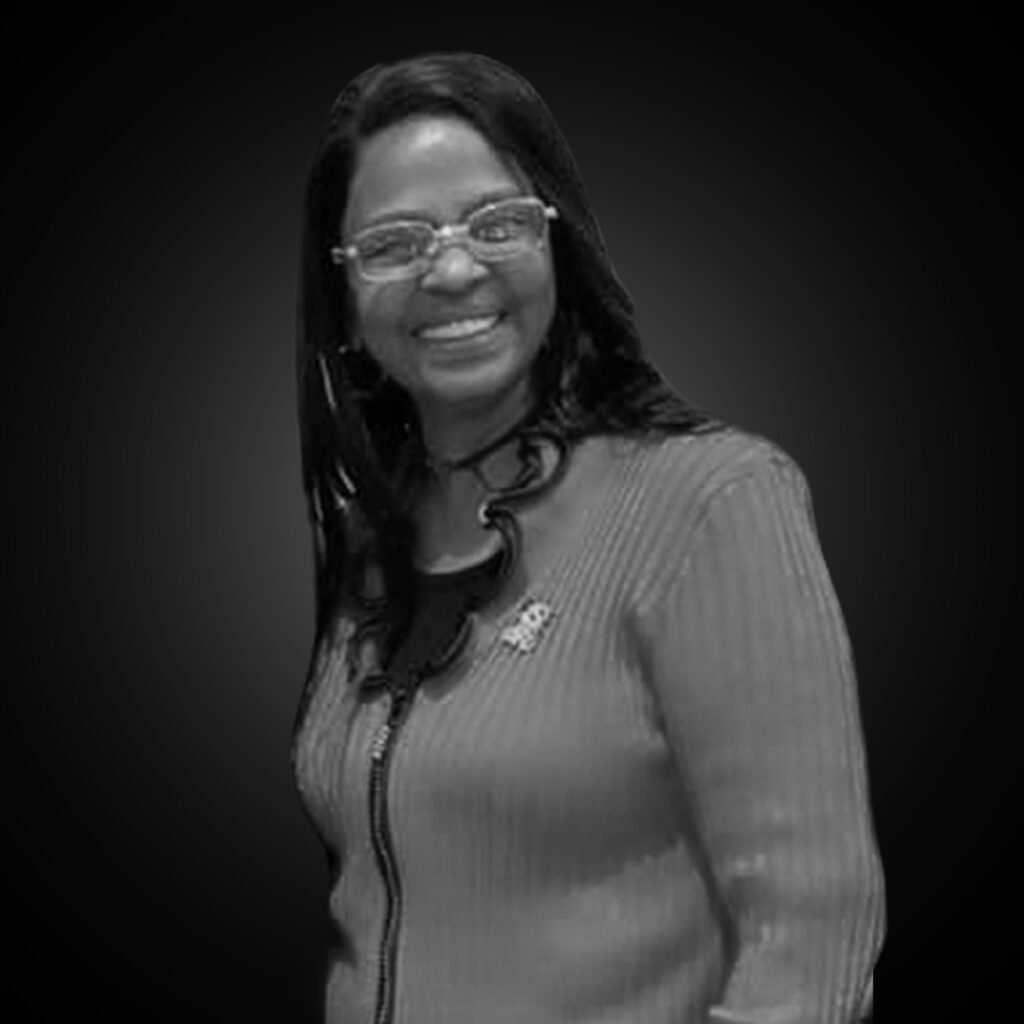 Brian Fried, serial inventor, is an award-winning authority in the invention industry, a sought-after celebrity guest speaker and an advocate for the invention community. As CEO of Inventor Smart, he acts as an Inventor Coach by representing inventors at every stage of the invention process. He also represents inventors as a licensing agent to secure deals.

Brian is the founder of the National Inventor Club, one of the largest in the nation. Guest speakers focus on topics of interest to the inventor community. You can hear his podcasts on Spotify, Google Podcasts and Apple Podcasts.

To learn how to proceed with your invention sign up for an eLearning course. Visit Inventor Smart for more information and to receive a free offer.

Spotlight on Learning How Can I Create a Prototype of My Invention? Creating a prototype of your invention will bring your idea to life and

From Inspiration to Success: Marrico Simpson, 4Mas Grooming Professional barber Marrico Simpson invented an easy way to self-groom at home for humans – and for 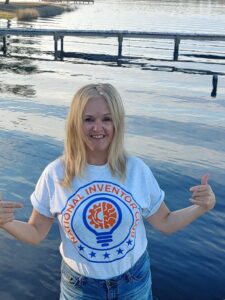 From Inspiration to Success: Tony Pagoto, Twist Lock Grommet Tony Pagoto shoots for the moon – literally!  After graduating from St. John’s University in 1966